The excitement was contagious when Lenawee Cares officially launched its 3rd annual campaign on Tuesday, September 11.  The kickoff was held at The Adrian Armory and Event Center in downtown Adrian, and sponsored by Mark and Mary Murray.

Dave Herriman, President, Kemner Iott Benz, and Christopher Phillips, Vice President and Senior Trust Officer, County National Bank, are serving as co-chairs of the Lenawee Cares campaign, a program of Lenawee Community Foundation.  Dave Hickman, Chair of the Foundation board of directors stated, “Lenawee is first in our name, because its first in our hearts.”

Herriman and Phillips reported that generous donors and prudent fiscal management had resulted in great progress for Lenawee Cares.  Since its launch in 2016, annual overhead has been cut $150,000 and grants and distributions to the local nonprofits have increased by 46% and they are being disbursed much more quickly.

With the campaign just beginning, it was reported that the first workplace campaign to be completed was Kemner Iott Benz, reporting an impressive 26% increase.  Other early results included the Lenawee Cares

Advisory Board members reporting $19,350 in commitments; Anderson Development with a generous $5,000 corporate gift; Madison School District reporting more than $7,500 and still in progress; Old National Bank with gifts exceeding $24,000; and Lenawee Community Foundation staff and board gifts anticipated to exceed $55,000.

Dave Herriman and Christopher Phillips announced that the goal is $600,000 this year, which is a 12% increase.  They expressed optimism in attaining the goal, and more importantly, helping more people in Lenawee with basic needs, such as housing, clothing, and food.  Kasey White told her personal story of being helped as a child at Associated Charities, and now being able to give back to the agency that helped her.

Because the Lenawee Cares kickoff was held on 9/11, attendees had an opportunity to participate in a service project to honor community heroes on the National Day of Service & Remembrance.

Individuals or businesses with questions, comments, or an interest in participation in Lenawee Cares, are welcome to call Lenawee Community Foundation at (517) 423-1729, or contact Sue Hammersmith or Paula Trentmen. 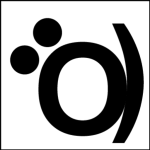 The Lenawee Community Foundation was organized in the 1950’s as the Tecumseh Community Fund Foundation. In the earlier days, this foundation operated as an annual fundraiser, distributing the funds raised each year.
Copyright 2021 - All Rights Reserved.